The Off Topic Soap Opera, Cont. 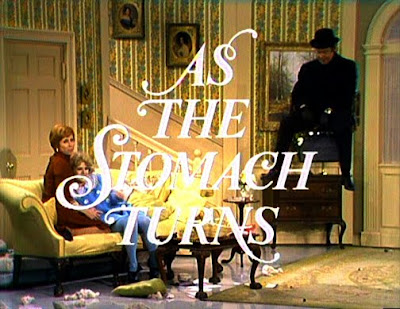 I've been busy of late, and haven't noticed until just now that my off topic thread at Jihad Watch seems to be still growing in this new decade and has reached 117 comments.

I haven't even waded through yet, though I see there has developed a rather roiling discussion, particularly with the late participation of one "Moharebeh" (also known as "Allah Snackbar"), along with "champ" (on my side) and "Kinana of Khaybar" (on the opposing counsel defending Spencer and Marisol). All three are long-time Jihad Watch readers and commenters, and all three are intelligent contributors. There may be others who have weighed in of whom I am unaware, since I have only glanced through and will go back to read more carefully.

For now, I only wish to address one point.

Within the off topic about me (specifically about my conjecture of either censorship or self-censorship at Jihad Watch) -- which then radiated out into the larger dimension of Hey, That Hesperado Guy Sure is an Annoying Nut -- a subtopic has grown concerning the intemperately unhinged attacks against me by another Jihad Watch reader, "awake".

In that thread, long-time Jihad Watch reader "Kinana of Khaybar" had found and quoted a comment by "awake" that is clearly a veiled threat against me. Kinana, however, reiterates his opinion about awake's death threat to me that:

"[it] is obviously not a death threat. In my view, what was quoted is not even a serious threat."

You're lucky that you are anonymous. Otherwise I might have to look you up and teach you some basic manners, myself.

Kinana's attempts to defang that quote are amusing.

First, Kinana disregards the context: the Internet. These are not words within a closed society where one can be reasonably secure about the relative sanity of the person who was quoted. Knowing how many nuts there are on the Internet -- many of them serious nuts -- and the fact that the Internet is a vast pool of millions of individuals, only increases the chances of a mentally imbalanced person behind a threatening comment.

Secondly, we have plenty of evidence that awake has anger management issues -- evidence from JW comments and from emails. In addition, his comments on my Jihad Watch Watch blog indicated a personality that was obsessive and filled with anger against me for betraying his mentor, Spencer, and for betraying the anti-Islam cause, and it seemed he blamed me for jeopardizing Spencer and the anti-Islam movement -- when he wasn't caustically and personally denigrating me. (Furthermore, there is evidence from a mutual friend (an ex-friend, I believe, as far as this person is concerned) through private emails of instability on awake's part.)

Thirdly, awake's quote contains the ingredients of a) a veiled threat to hunt me down, plus b) a veiled threat to cause me harm. Kinana's attempt to parse the precise phrasing of these two contents only proves that they are padded -- which is the whole point of a veiled threat. You know, the kind the Mafia delivers when they want the recipient to know the threatening intent, but don't want the intent spelled out in so many words. It may not be a death threat being communicated between the lines; it may merely be a threat to hurt me in some way (beat me up, knife me, blind me, whatever). Even so, a nut who might be willing to go so far as to hunt me down and beat me up may well decide in the heat of the moment to go all the way and finish the job, if he can.

To ignore these three factors, as Kinana studiously and scrupulously does like a plodding public defender working pro bono, ratchets up unconscionable to obtuse.

Since I am the object of awake's veiled threat, I take any and all possible evidence into account. Kinana isn't realizing how chilling it is to know that some virtual stranger -- a stranger who has shown irrational anger and even hatred against you numerous times -- could well be the type of person to try to find you and harm you, and he is obtusely approaching this as though it were a Tetris cube.

And, as champ and Moharebeh have said, the favoritism shown to awake by Spencer and Marisol in refusing to punish him for his threats and scurrilous language against me (while punishing me by banning me three times merely for being annoying, in addition to a fourth time on the basis of their recklessly misreading me as a genocidal nut) is dismaying, while the inability of other Jihad Watch readers to see this is disappointing. I experienced one piece of evidence (through an email blitz levelled against me by awake and Robert Spencer in tag-team tandem) indicating that awake is a closer friend to Spencer than the average Joe who reads and comments on Jihad Watch; and this may well be behind the ostensible -- and, if so, egregiously unethical -- favoritism shown him.

And finally, to quote Moharebeh:

He ["awake"] had actually made several threatening, expletive-laden posts against Hesperado, each one an example of the kind of immaturity and thuggery that has become synonymous with awake's presence here at JihadWatch. He did this in at least two threads that I participated in, like you said. Each time I expressed a desire to see him banned from the site, simply because someone who cannot win an argument without resorting to threats of physical violence has no business posting here.
Posted by Hesperado at January 04, 2011

Kinana is still having a discussion with me through the circumlocution of it being about me and conducted from afar (from the Jihad Watch thread about which this essay here was written).

My essay here doesn't do that. It occasionally labels awake's comment as a "death threat" not as a "taken-for-granted fact" but as a reasonable conclusion based upon an argument -- an argument whose details, naturally, Kinana neglects to address).

Labelling awake's comment as a "death threat" one or two times does not contradict also labelling it a "veiled threat", nor does it contradict the nuanced recognition that the threat could be a threat of violence short of killing. But the lack of necessary contradiction here depends upon the argument I have made here -- which, again, Kinana neglects to address.

After numerous instances of Kinana neglecting to factor in my arguments and continuing ahead with his red herrings and straw men coupled with sophistry and quibbling in bad faith, I will hereby abandon any further posts of clarification of Kinana's comments in this regard, and will reasonably expect my intelligent readers to be able to discern reason from argutation.

Should Kinana change his mind and actually wish to mount a real counter-argument based upon my many points of argument, he's welcome to do so and I will read it and perhaps respond -- as long as he does so here (otherwise, I won't be reading it). But if he does so, he will have a lot of work cut out for him -- i.e., he'll have to actually read all the stuff I've written about this which evidently he's either not read, or not absorbed.