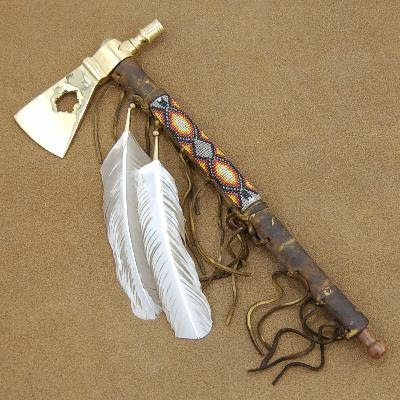 I posted the following comment on the website of Daniel Pipes, who took Pam Geller to task for her question-raising of Governor Perry's associations with Grover Norquist and the Aga Khan.

Pot Shots at the Pipes Dream

The Pipes Dream through a Glassman darkly.

Pipes, in response to a reader on his site who wrote --

"...the Aga Khan (the leader of one of the most peaceful of today's Muslim sects, the Ismailis)..."

responded by saying (among other things):

"The Aga Khan is a leading anti-Islamist figure..."

However, some ordinary person, in the comments field of another blog, who is not a vaunted expert on Islam as is Mr. Pipes, easily found the following interview with the Aga Khan -- an interview which raises legitimate suspicions about his "moderateness" -- and that ordinary person who is not an expert as is Mr. Pipes presents the findings of that Aga Khan interview with an informative and appropriate commentary. Here follows that commentary:

He [the Aga Khan] begins the interview attacking the Pope for a lecture he gave in which he quoted some statements by Byzantine Emperor Manuel, which were negative on Islam. He takes the Pope to task not on whether the statements represented factual historical record, but because they caused "great unhappiness in the Islamic world." The Khan goes on to describe the period of history during which the newly emergent Islamic entity existed alongside Byzantium as a period "of extraordinary theological exchanges and debates between the Byzantine Empire and the Muslim world." No. Actually, that was a period of incessant violent warfare committed by the muslims against Byzantium that only ended with that city's fall to the Turks in fifteenth century. That's what's known as an attempt at whitewash.


The interviewer continues by asking the Khan if Islam has a problem with reason. The Khan responds by asserting that "Of the Abrahamic faiths, Islam is probably the one that places the greatest emphasis on knowledge...Islam is a faith of reason." Okay, so apart from being a complete bullshitter, we can see clearly this is not a man dedicated to Pluralism- he's an outright partizan for Islam.

Spiegel goes on to ask the Khan about the root causes of terrorism. Khan responds by citing "Unsolved political conflicts, frustration and, above all, ignorance. Nothing that was born out of a theological conflict." LOL! Haven't heard that one before. Not in any Koranic exhortations to violence against the unbelievers, you understand- just damned ignorance! He then dissembles with the usual "all religions have been violent at one time or another" and finishes on the subject by asserting that Islam specifically has never called for violence- "...it is a faith of peace.".This is a flat-out demonstrable, thru the teeth bald-faced lie. The man's a snake.

He attacks Samuel Huntington for his book The Clash of Civilizations and the "dangerous ignorance" that work displayed. And then went on about there not being a "clash of civilizations", but a "clash of ignorance".

Here's the true insight into the character and mind of the Khan- when asked by Spiegel which side was responsible for that clash, Khan responds by saying-

"Both. But essentially the Western world."

"Both", that's the Pluralist talking. Feigning even-handedness. But after that pathetic attempt at seeming objective and non-judgmental, he goes on to lay the blame squarely at the feet of the West. We see here, the Khan showing his true face- the devotee and partizan for Islam. Like all classic Islamist liars, he'll show the false face of moderation here, and his true face Islamic face there. He really thinks we're too stupid to see through his act. Well, it would seem that Rick Perry is.

When asked about the compatibility of Islam with Democracy, he answers by saying his Democratic beliefs don't trace back to the French or the Greeks, "...but to an era 1,400 years ago." And begins going off about the Prophet(PBUH) blah blah blah. He goes on to attack Bush for Iraq, assures the interviewer that he's in regular contact with the leaders of Iran, and then pushes for the normalization of Hamas, as they just need a chance to moderate.

This is an interview that could have been given by Tariq Ramadan, or Imam Ralph or Ibe Hooper or any one of the other notorious stealth Islamist creeps. Anyone here still care to defend this guy?

It's case closed on the Khan. The question is now- wtf was Rick Perry thinking in hooking up with this guy?

To which I would add: wtf is Pipes smoking in his pipe...?

Thanks for ones marvelous posting! I definitely enjoyed reading it, you can be a great
author. I will make sure to bookmark your blog and definitely will come back in the foreseeable future.
I want to encourage yourself to continue your great work, have a
nice afternoon!
my webpage > glass smoking pipe