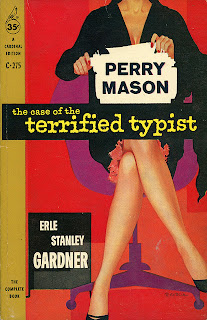 I'm doing a rather extra-ordinary thing here, trying to contact a reader by making the communication a main post.

To "Westward Ho", who commented occasionally and always supportively: I only just now saw something that happened long ago -- a very strange incident.

There were about 25 comments attached to an old essay of mine about the departure of Hugh Fitzgerald from Jihad Watch, titled Hugh Fitzgerald: another fleeting glimmer of the hallowed interiors of the Gentlemen's Club, written back in December of 2010.  What I only learned just a few minutes ago was that several comments written by reader "Westward Ho" were deleted.  What's exceedingly strange is that each deleted comment has a message:

This comment has been deleted by a blog administrator.

Where it gets even stranger is that no one has the ability to delete a comment as a "blog administrator" except me -- or someone who has come to know my password.  The only explanation for this is that some individual who works for the Blogspot corporation that owns this website of free blogging went in specifically to delete Westward Ho's comments -- which doesn't make sense; or they gave, or sold, my password to someone else.  Or, someone hacked my blog -- but only to delete those specific comments by Westward Ho.  (A previous comment there by Westward Ho remains intact.)

Another interesting detail is that after that string of Westward Ho deleted comments, there is a comment by me.  Mine is time-stamped "12:36 PM" while the four deleted comments by Westward Ho are time-stamped in a cluster around approximately 2:30 PM -- which, apparently, would mean the day previous to my comment.  My comment doesn't seem to register any cognizance of anything amiss, and I can't tell if I even saw the now deleted comments.

Strange -- I had added a rather extensive comment, but returned here to see it never appeared.

So apparently Westward Ho's comment wasn't the only thing deleted -- only my disappeared comment has no trace at all.  (This wouldn't be the first time for such an anomaly; back in the months preceding Obama's election victory, in my essay arguing for voting for McCain -- as bad as he is -- over Obama -- one of Obama's supporters, the Muslim chaplain James Yee, posted a comment saying nothing terribly remarkable, just some bromides about how we all need to get along and not be "intolerant", etc.  Then some weeks or months later I happened to want to copy his comment and when I went back in, it had vanished without a trace.  When a commenter deletes his own comment, there is always a trace -- a message much like the one I pasted above, only saying something like "This comment has been deleted by the commenter."  In this case, however, there was not a trace that a comment had ever existed.  Indeed, there are "no comments" at all for that essay, but I distinctly remember reading Yee's comment, and I think I commented on his comment as well.  This can only mean that the owners of this Blogspot site went in and deleted it, probably on the request of the Obama campaign -- or, again, that it got hacked just to delete that comment (and mine in response); even though the comment was entirely, even boringly, harmless.

Anyway, if you're out there Westward Ho, I just wanted to let you know I never deleted those comments.  I'm sorry I never went back in to check that thread.  Do you remember what you wrote, by any chance?