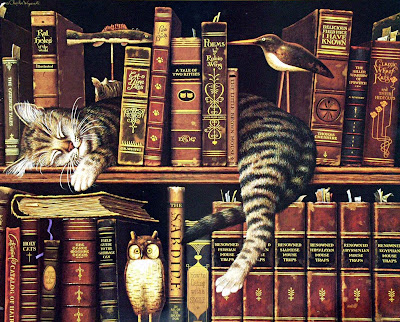 Recently, I discovered an amazing resource online:  the Library Genesis Project, where within seconds I was able to find the complete text of a book I had despaired of ever finding online -- namely, the study of the metamorphosis of the West from its medieval order to its modern permutation, by my favorite philosopher, Eric Voegelin (1901-1985), titled From Enlightenment to Revolution (1975).

This one volume was part of a multi-volume series by Voegelin envisioned as a history of political ideas which, at a certain point, after publishing several volumes, he abandoned because he felt the historical-philosophical materials, and the theory they pointed to, could not be limited to the conventional historiographical structure he had initially mapped out.  His philosophy of history then shifted into a new paradigm, reflected in his next project, Order and History.  Even that project morphed into a new shift after he published his third volume, necessitating a new approach as described in fascinating detail in the long analytical introduction to volume four, The Ecumenic Age.

Still, Voegelin's earlier efforts are filled with useful and illuminating information about the history of philosophy (and of theology, not as distinct from philosophy, so thought Voegelin, as modernity would have it be).  This particular study I showcase today, From Enlightenment to Revolution. as the title implies, takes up late in the process of the transition from the medieval order to the modern reconfiguration.  Nevertheless, Voegelin doesn't simply stick rigidly to a chronological timeline, but rather has recourse regularly to reminders in the text of precursors and underpinnings to the 18th and 19th centuries which are the main course of this volume.

Early on, within the first chapter, he adverts to a guiding template by which one could say the entire series is structured:  The transmutation from the medieval order to the modern devolved, he argues, over an arc of three phases:  from 1300 to 1500; from 1500 to 1700; and finally from 1700 to our present.  These three phases, in turn, reflected three dimensions of the old order which over this protracted epochal period became deconstructed (with many attendant sociopolitical convulsions):

1) the imperial unification of Christendom and its slow dissolution into nation-states (1300-1500);

2) the pressures of the new science, particularly the Copernican revolution (1500-1700);

3) and the philosophical destabilization of the order of the spirit in the solvents of dogma presented by historiographical criticism and the startling intellectual revolution transacted through the secularization of a formerly sacred history confluent with eschatology (1700-present).

There was considerable overlap, of course -- particularly, for example, with the acceleration and radicalization of the first process listed above within the time period denoted by the second (viz., the Protestant Reformation and Catholic Counter-Reformation, beginning in the 16th century) -- and this template tempts one to oversimplify.  Nevertheless, it provides a useful framework to then palpate the deeper complexities of the kinesis of modernity that still continues to challenge and threaten to undermine the ongoing adventure of Western man as he wends his way from the Beginning to the End in the tensional context of the indefinite mystery of history.
Posted by Hesperado at April 30, 2014