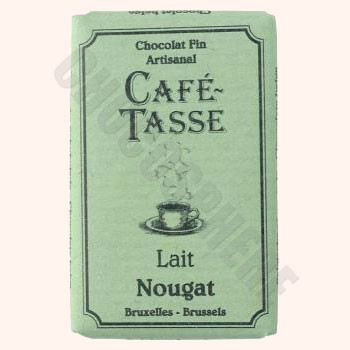 In my focus of late on the nougaty softness in the Counter-Jihad Mainstream of Robert Spencer, Christine Douglass-Williams, and Hugh Fitzgerald (three different flavors of nougat), I'd forgotten about another member (just barely) in the Leadership: Raymond Ibrahim.

One reason he slipped my mind is because he publishes far fewer articles on Jihad Watch, that bastion of the Counter-Jihad Mainstream, than the others; and when he does publish, his articles often contain no palpable signs of nougat.

Raymond's latest notice on Jihad Watch is about how YouTube is censoring videos that are anti-Islamic, including a few of his own videos. His first video he discusses is called, he says, “Radical Islam: The Most Dangerous Ideology.”

Although in it I distinguished between “radical” Muslims and those many Muslims in name only; although I (very conservatively) suggested that perhaps ten percent of the world’s Muslims are “Islamists,” and of those, only two percent are willing to take violent action to enforce their supremacist worldview; and although I said “Islamists have killed far more Muslims than members of any other group” — YouTube deemed that video “inappropriate” for younger audiences.

A more blatant display -- and attempted justification -- of the Counter-Jihad Mainstream's habit of "double virtue-signalling" would be hard to find.

But let's get back to that title.   “Radical Islam: The Most Dangerous Ideology.”  More and more among the Readership (as opposed to the Leadership) of the Counter-Jihad Mainstream, one finds the elementary wisdom expressed every time they see dysphemic phrases like “radical Islam” or “Islamism” (or worse, extra padding with “extremist Islamism”) or “political Islam” etc. When you watch Raymond's video, you find him using "Islamism" and "Islamist" copiously.  Has Raymond been watching Maajid Nawaz lately...?  At any rate, the problem is obvious. Each one of these terms clearly implies that Islam itself is okay, and that only some offshoot variety is the problem.  Such dysphemic locutions are meant to virtue-signal to our broader Western Mainstream: "Look PC MC Masters, I'm not a bad Islamophobe! See???"  Meanwhile, Raymond is virtue-signalling to his Counter-Jihad Mainstream Readership: "Look at what a bold and fearless Counter-Jihadist I am -- hell, I'm so rough and tough against [Radical] Islam[ism], that the big bad Elitist Leftist YouTube restricted me!"

But the joke's on us.  As can be seen by Raymond's anxious attempts to please our PC MC Masters in his subsequent paragraph quoted above and the reaction YouTube had by yanking his videos, the PC MC Masters are voracious. They won't be pleased by our attempts to minimize the problem by padding our phrases with nougaty pudding.  They will not tolerate any substantive criticism of Islam -- nor of anything that clearly hints at it.  So Raymond is damned if he does, and damned if he doesn't.  So why doesn't he?  Does he really believe that "many Muslims in name only" subscribe to their Islam? How many is "many"? And how does he know about any of those "many" that they subscribe to their Islam "in name only"? Because he knows some nice friendly Muslims who wear blue jeans? Because he's seen "many" Muslims protest that they "do not believe in terrorism" and that "Islam is peace"?

And that's where the broader Western Mainstream is being more logical than  those in the Counter-Jihad Mainstream.  Raymond (and Robert and Christine and Hugh and most others in the CJM) thinks he can get away with clearly implying that Islam is the problem and then pretending he's not saying that ordinary mainstream Islam is the danger? (Or worse, does he really believe his own nougat, like Daniel Pipes does?)

And then the Raymonds (and Roberts and Christines and Hughs of the CJM) think they can get away with avoiding responsibility for the next clear implication their counter-jihad rhetoric contains: If we are going to condemn Islam -- the normative, mainstream Islam of all Muslims -- how can we possibly avoid condemning all Muslims?  The broader Western Mainstream can see this; meanwhile the Counter-Jihad Mainstream pretends it can do the one without implying the other.

This kind of incoherence in the rhetoric of the Counter-Jihad can't go on forever. At some point, the Leadership will have to make a clear decision:  Either support Islam but "not the Tiny Minority of Extremists Who Are Twisting Islam" thereby letting off the hook the vast majority of Muslims -- OR condemn Islam and all Muslims (conceding, of course, that there may exist a certain small number of Muslims who are not part of the problem of Islam, but that because we cannot, given taqiyya, determine who and where they are with certitude sufficient for the purposes of our primary obligation -- the ongoing safety of our societies -- they ought not factor in to that primary obligation).

Meanwhile, Mohammedans continue brewing their toxic coffee which, apparently, the Counter-Jihad is not waking up and smelling.

P.S.:  I dipped into the Readership -- nearly 70 comments -- and not one brought up Raymond's dysphemic nougat.  So much for the Readership being slightly ahead of the Leadership curve...
Posted by Hesperado at January 29, 2018