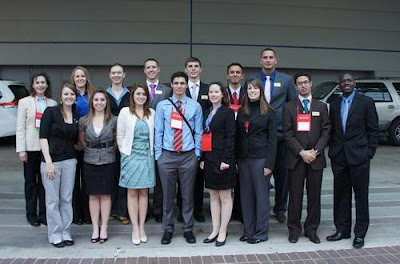 — members of a Methodist conference, posing for a photo


[Note: This essay is a reprise of an earlier essay I posted some 4 years ago]

What goes on at various Islamic conferences around the world?

Not, apparently, what one would expect at, say, a conference of Methodist ministers and laity (e.g., take a look at this document of the proceedings a 2011 Methodist conference in Louisiana: mostly, the activities detailed in unremarkably thorough fashion are mind-numbingly banal and boring minutiae of procedural bureaucracy; and otherwise involve efforts to help the poor through charity and outreach).

At Islamic conferences, on the other hand, there are apparently more important things to discuss -- such as the fine points of who is the Enemy and in what contexts and under what textual pretexts is it licit to fight and kill the Enemy.

As documented at Memri.org, (which regularly translates from Arabic into English key documents out of the Muslim world), Shaikh Qaradawi presided over a discussion at a major conference among Islamic clerics (held in 2003 in Stockholm, Sweden, of all places -- Allah help us) in which he supported the following statement articulating the relationship between Muslims and non-Muslims in the context of the justification for terror attacks:

It has been determined by Islamic law that the blood and property of people of Dar Al-Harb is not protected. Because they fight against and are hostile towards the Muslims, they annulled the protection of [their] blood and [their] property...

As we know (or should know by now), "Dar Al-Harb" is the entire non-Muslim world; and "the people of Dar Al-Harb" are all non-Muslims of the world.

I.e., the lives and property of all non-Muslims are licit for Muslims to take -- on the vague pretext that we "fight against" and/or "are hostile towards" them.

This is a clear legitimization of terrorism by Muslims against any Unbelievers anywhere in the world where it is perceived by Muslims that those Unbelievers are "fighting against" and/or "are hostile towards" Muslims -- couched of course by Qaradawi in phraseology providing sophistical wiggle room for loopholes by which he could try to argue that he does not support terrorism against "innocent" people; etc.

Take a look at the tafsir (= exegesis) of Ibn Kathir, one of the most respected and authoritative and mainstream of all Koran commentators, and read what he has to say about Koran verses 5:32-33, where he argues that the unbelief of Unbelievers is tantamount, if not equivalent, to "waging war" against Muslims.

I.e., according to this Islamic conference at which Qaradawi presided, following the mainstream logic of Islamic tradition as represented, for example, by Ibn Kathir, our very existence as Unbelievers -- as people who do not submit to Islam -- is itself, ipso facto a casus belli for Muslims to wage "defensive" war against our offensive nature as non-Muslims. For, as non-Muslims, we dare to continue to live our lives without Allah's guidance, and to organize our societies by setting up polities and laws that ignore the laws as set out by Allah in the Koran and by His Last Prophet, Mohammed, as documented in the Sunna -- and as clarified by Islamic scholars throughout the ages, from Ibn Kathir in the 14th century, to Shaikh Qaradawi in the 21st century.

Test Troxin To Enhance Muscle Supplement to enhance your metabolism. Gasoline efficiency is considerably effective whenever compared with doing either type of exercise on its own. You wish to eat good complex carbohydrates that are awesome for energy not processed sugars and flour cures. http://t-rexmuscleadvice.com/test-troxin/