The racial factor: Robert Spencer finally gets it -- this one time, at least 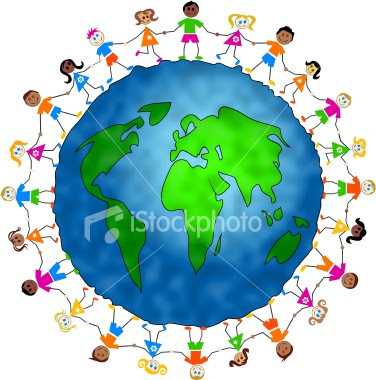 In a notice on Jihad Watch today, Robert Spencer for the first time, in my memory, adverts to the racial factor -- or as he terms it, "ethnocentrism" -- in the persisting defense of Islam by the dominant and mainstream PC MC culture in the West.

Spencer also adverts to the "multiculturalist" context, which is another important aspect of this problem.

I have long noted on this blog and in dozens of comments over the years in the comments fields of Jihad Watch (from which I have been rudely and unceremoniously banned) that perhaps the single most important reason why the West continues to downplay, if not airbrush out of existence, the threat of Islam is because of the doctrine of reverse racism which lies at the heart of Western multiculturalism and which has, over the past 50-odd years, become the dominant and mainstream prism by which to view ethnic issues: black pathology in terms of crime statistics and barbaric rhetoric, anti-white and anti-Western policies, revisionist historiography, ethnic immigration -- and now, elbowing its way to the top of the list, Islamic terrorism.

Until this notice today, I do not recall Spencer ever making the latter connection this explicitly.

...why is Daisy Khan's claim to have received a death threat headline news, while death threats to cartoonist Molly Norris, which have driven her into hiding and led her to go so far as to assume a new identity, are not noted anywhere? Why are death threats to Ayaan Hirsi Ali, Geert Wilders, Wafa Sultan and others taken so much as a matter of course that the twenty-four hour guard under which the former two live is barely even noted by the media?

The answer is that this is yet another example of the Left's paternalism and ethnocentrism. The multiculturalist Left, allied with and aiding the global jihad, consistently holds those jihadis, and Muslims in general, to a lower moral standard than it demands of the West. So death threats to Daisy Khan and Feisal Abdul Rauf, if any have actually been made to them, are a kind of man-bites-dog story: even as the Left professes to love non-Western cultures, especially Islam, and to respect Muslims, it expects Muslims to threaten people like me, but is surprised when they themselves are threatened. I say we should take a consistent stand against ethnocentrism everywhere. A death threat is a death threat. Daisy Khan's should be no more noteworthy than Molly Norris's. If the Left started holding Islamic supremacists to the same moral standard to which they hold the Westerners they despise, we might not be in the fix we're in.

The one glaring flaw in Spencer's brief analysis here, however, is his typical delimitation of the problem to "Leftists". What this delimitation ignores is the fact that the ethnocentrist bias in favor of Islam practiced daily by our Western PC MC culture would not be able to enjoy the mainstream dominance it does enjoy, were it limited merely to "Leftists". The whole point of the success story of PC MC is that over the past 50-odd years, it has been able to win the hearts and minds of the vast majority of Centrists and Conservatives in addition to Leftists: It has become the dominant consensus throughout the West -- at least with regard to certain issues, chief among which is the problem of Islam.

It is the single most important factor explaining why the West continues to whitewash Islam and Muslims.

Anti-Racism: The primary reason why the West persists in whitewashing the problem of Islam

The Muslim: The New Black and the New Jew

The Psychology of PC MC

I fully agree with you.
Perhaps what is needed is a compendium of the growing shamelessness of anti white initiatives in the world. Including gang rapes of exclusively white girls in Europe, but also Ahmadinejad's friendly reception in exactly those South American countries where whites are being turned into third class citizens. In Bolivia, the new constitution prohibits whites from owning land outside a few cities and sets aside a percentage of assembly seats for non whites irrespective of demographics. In Venezuela a recently proposed amendment to the constitution (which was not adopted) stated that the only native cultures recognized by the state were going to be Native American and African and explicitly excluded European. Recently a new law against discrimination (which did pass) exemplified discrimination (in the exposition of motives which determines the interpretation of the law) as a crime on non whites exclusively.