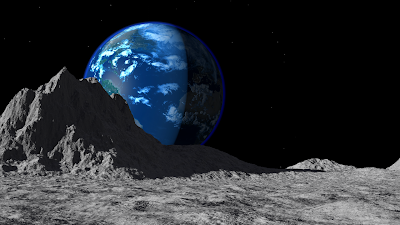 About Daniel Pipes, Lawrence Auster notes in a recent post on his blog:

...(and I remain the only writer in the world who has pointed out his massive contradictions, no one else seems to care)...

I guess I'm not in the world.

But in fact, I have written several times about the methodological and theoretical flaws of Daniel Pipes in his analysis of the problem of Islam (even coining, I think, the phrase "the Pipes Dream" to denote his fundamental contradiction between condemning Islam and salvaging Islam).

Pot Shots at the Pipes Dream

The Pipes Dream through a Glassman darkly

Asymptote vs. Asymptote: The New York Times vs. Brigitte Gabriel

Asymptotic vs. Holistic Analysis: a clarification

Muslim Profiling in a Nutshell

A Litmus Test for the Intelligent Infidel

The above essays (which, incidentally, go back as far as 2006, while many of them go back to 2008) represent only the ones that feature Pipes more prominently; in addition, readers will find Pipes mentioned in the context of his "Dream" in over 30 other essays.

Not only this, but I have also credited Lawrence Auster with providing a good analysis of the Pipes problem. Indeed, I wouldn't begrudge Auster petulantly for ignoring me, and thus withhold from praise the very Auster piece I quoted from above, which I'd say is another good installment of a sound thrashing of Pipes by Auster (even if peppered with the typically Quixotic hyperbole whereby Auster is valiantly all alone in the World comprised by all that Auster can see).

For, it's not like Auster doesn't know who I am and hasn't read my blog before. Indeed, a few years ago, we corresponded quite a bit; and he has in the past referenced my blog a few times on his blog. Apparently, in the last couple of years I have written one too many negative critiques of his approach and methodology (i.e., in Austerspeak, these would be "vicious attacks"), and so I guess he'd rather just ignore me as though I don't exist.
Posted by Hesperado at December 30, 2011

Actually, Daniel Pipes is someone that many in the AIM has taken apart - Debbie Schlussel, Hugh Fitzgerald, and others. In fact, Ray Ibrahim is the only one I've seen on this side who's not critical of him.

Yes, Schlussel has, though has she devoted at least one entire essay to doing so; or has she merely eviscerated him in passing, parenthetically while talking about some other issue?

But I wouldn't quite say Fitzgerald has "taken him apart" -- to my knowledge, Fitzgerald has tip-toed gingerly around doing so, probably because at the time he was in the situation of collaboration with Spencer.

And Spencer remains an ally of Pipes. Spencer has never criticized Pipes to my knowledge. The David Horowitz organization, of which Frontpage is a part, remains a Pipes supporter (and Jamie Glazov of Frontpage is almost as bad as Pipes, if not in some ways worse). I've also never seen any criticism of Pipes on GOV, though it may exist in its archives. Not sure if Diana West has seen fit to criticize him.

P.S.: Spencer is formally a partner of David Horowitz and Frontpage (at least for now; one never knows when Spencer will burn a long-time bridge -- even Geller's time may be up soon).

Could you please remind me again of the name and century of that medieval ruler of Persia who was non-Muslim and gave the Persians a chance to leave Islam, but they chose not to?